In this article, we will learn What is Git and Why we need it.

2. It was initially developed by Linus Torvalds (famous creator for the Linux operating system kernel) in 2005 for Linux Kernel Development.

3. It is faster and works better with big projects.

4. It is the foundation for many services like GitHub and GitLab.

5. It is used for tracking changes and also a good tool for teamwork as you can review the changes made by other teammates. 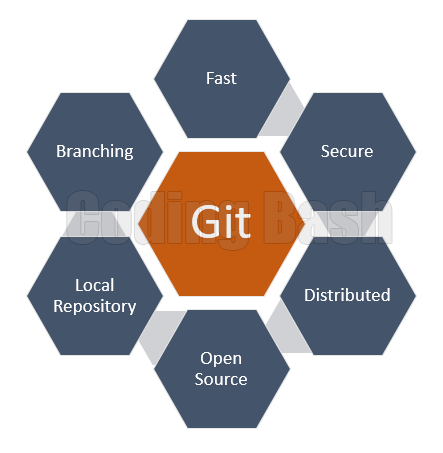 2. It is faster and nearly all operation is on local. For example, in order to get the history, Git doesn’t have to go to the server, instead of that, it has an entire repository stored on the local including history which means you can see the history instantly.

3. In Git, branches can be created quickly, easily merged, and shared with the developers.

4. Git maintains Data Integrity means it tracks all files and folders in such a way so that it's not possible to introduce unnoticed changes.

5. Git is secure and uses SHA1 to identify the objects within the repository file.

Is Git and GitHub same?

Several people might have confusion over Git and GitHub but actually, they are different. GitHub, a website that provides services by which you can manage git-controlled projects.